The ambidextrous organisation – a path to more innovation

The ambidextrous organisation – a path to more innovation

Background, challenges and a practical example of the so-called ambidextrous organisation – learn more about it in this blog.

It’s almost old hat and yet always topical – the term VUCA (volatil, uncertain, complex, ambigous) as a description of what companies have to deal with every day: Technologies and markets are changing faster than ever before. Demographic change and other drivers of change such as digital transformation are constantly presenting people in organisations with new challenges. Classic pyramid-like hierarchies are often not suitable for rapid adaptations and agile action (Kotter, 2015, p.5ff) and I therefore introduce that of the dual operating system, also called ambidextrous organisation.

The dual operating system divides the organisation into the previous line organisation and another organisational part with a network-like character. The line organisation is structured according to the pyramid principle and optimised to the extent that it functions and implements lean principles efficiently. This provides security and stability. The other, network-like part of the organisation no longer has fixed positions as in the line organisation, but works with roles that result from the respective task. Some dual approaches even go so far that the members in the network consist of a ‘volunteer corps’. In this way, the members network not only with each other, but also in their business ecosystem as a kind of ‘innovator spider’ to specifically search for new product ideas or innovations in the environment (keyword: open innovation). The network works in an agile manner, looks for potential for renewal and adapts quickly to changes like a start-up. As an explorative unit, it should enable revolutionary or radical leaps in innovation and change in a dynamic environment. 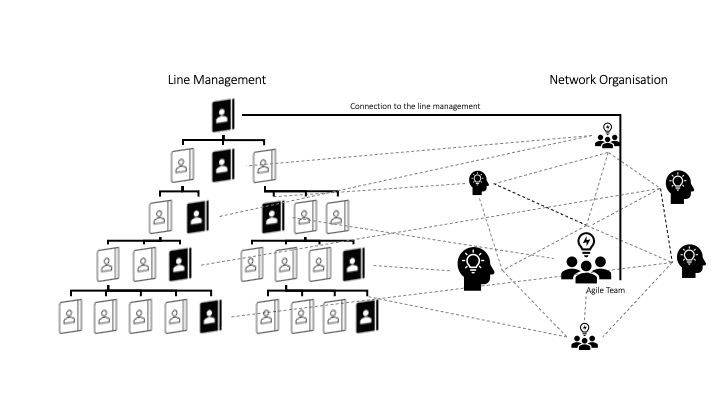 Figure 1: The dual organisation; Based on Kotter International, 2015

The interplay between optimisation and renewal

The existing organisation, on the other hand, ensures efficiency, consistency and evolutionary change according to the optimisation principle (e.g. CIP). Here, the focus is on the principle of exploitation of a product and the survival of the company on the market, according to the motto: ‘Get as much out of the existing company and product as possible’. The interaction within the dual operating system between optimisation or exploitation and renewal or exploration has an overall effect on the organisation, as illustrated in Figure 2. The introduction of the ambidextrous organisational form requires patience and resources, but most importantly, commitment and support from the organisation’s leaders and top management (cf. Kotter, 2015, p.41ff, Duwe 2020, p.46ff, O’Reilly, Tushman 2016, 193ff). In the dual organisation, management in particular has to master the challenge of orchestrating back and forth between both worlds (Duwe, 2020, p.46ff) and promoting both organisations. Optimally, the network organisation feeds new business or product ideas directly into the line of the pyramid organisation, which then implements them again and transforms the innovation into a business-ready product.

So much for the theory – but unfortunately it is not always that simple in practice. As a consulting firm, we accompanied the introduction of a dual operating system for a company in the automotive industry.
After the ambidextrous organisation had been designed in a rough concept, an agile team was founded. Its task was to explore new innovative business models around the topic of mobility as a kind of spin-off from the entire group. The team was made up of employees and managers with a wide range of competences and professional backgrounds. They had applied in advance to participate in the so-called Do-Tank and were selected by the entire Executive Board.
For their task in the new agile team, employees from their line organisation were initially released for two years. They had the option to return after this period. Initially, a single team with 12 members started as a kick-off, but this was expanded step by step in the further process, so that after about one year, almost 50 employees were already working in the network. flow consulting acted as a moderator and expert input provider for the innovation and change process.

Leaders must be able to manage implementation and cultural developments

The challenges in the whole process quickly became clear: Many valuable ideas, innovations and potential business models could be developed in the agile teams and the teams were well-rehearsed after a short time. But the biggest challenge was to implement these concepts in the line.

For one thing, two different collaboration cultures had developed over time that had too few points of connection to each other. There was a lack of joint change initiatives such as culture workshops, which were foregone primarily for reasons of cost and time. This led to managers finding themselves in a field of tension in order to do justice to both sides. Secondly, over time the innovation network had a different understanding of the product than the line organisation. It had developed like an independent start-up and no longer fitted in well with the ideas of a corporate group. There were disagreements about the strategic orientation of the network organisation. After about four years of dual organisation, these led to personnel changes and the outsourced network and innovation lab was reintegrated into the line. Although the learning effects were great, the project had to be considered a failure from its original idea.

8 tips for the path to an ambidextrous organisation

You can find more testimonials in the article: The Ambidextrous Organisation by Charles A. O’Reilly and Michael L. Tushman.

Introducing a dual operating system to create innovation is challenging, costs time, money and patience. In most cases, introducing the concept works well, but the implementation of the innovations in the line organisation is a problem. The devil is in the detail and in the patience of the organisation to implement the ambidextrous idea in the long term. I am still an enthusiastic believer in the concept of the dual organisation, because so many other companies have brought many great innovations to market through this concept. One of them is Amazon.

If you are curious, just get in touch.
Renke Ulonska